Key cutting services as told by a professional locksmith.

Key cutting services as told by a professional locksmith. 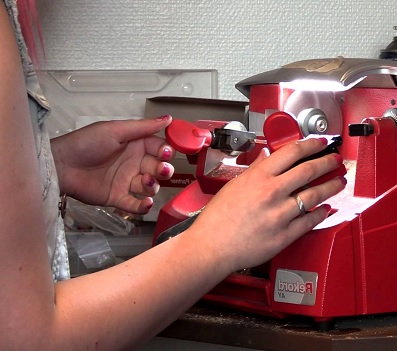 As the world keeps moving at a rapid pace, more often than not, one time or another, our mind slips and we tend to forget the basic essentials of our daily routine such as losing keys of any and every kind. Keys are something that open doors to our life everyday and without them life would become very difficult due to security reasons.

Therefore, most of us often use locksmith services as a result to make a duplicate or spare of the original key.

Key cutting as simple as it may sound requires special machines of different versions and models for varying key sizes and designs such as car keys, house keys…etc. Believe me this process is not as simple as it sounds and requires the right skill and precision to be executed so that the desired duplicate is arrived at. Depending on the complexity and budget of the locksmith service that you choose, he will use either a manual, automatic, laser or code design.

The keys are made by starting off with a blank key (with a flat blade) and shaping it to match the original design. The machine, irrespective of the type being used will keep cutting the metal till both keys match and are identical.

The following are the types of machines and the functionality involved in cutting of keys by the locksmith’s:

This is the traditional machine and is used commonly for standard house keys, simple locks, and operate by placing the original and blank key identically on top of each other and then use the machine to manually trace the pattern of the original key to the blank key until the identical design and shape is achieved.

The automatic machines are faster and much easier to operate when compared to the traditional counterparts, but at the same time they’re a little heavy on your pocket. In this machine, the original and the blank keys are placed in two separate slots. The pattern of the original key is then traced by the machine with the help of a pen like device called a stylus and at the same time the blank key is shaped accordingly.

These machines are identical to the automatic machines except that they use a laser ray to cut the blank key rather than a blade and hence, they can be used for complex designs that incorporate multiple shapes and cuts which are commonly being used in today’s world for enhanced safety and security.

These machines use pre-defined codes to carve the required shape on to the keys. The code can be either be entered manually into the system or be processed via a memory card holding the details. This process requires less human effort and can be used to create keys without supervision by incorporating the appropriate code.

As you can see in today’s modern world keys have gotten much more complicated than they were in days past. However, with a little knowledge about keys anyone can achieve a good understanding.